When is the right time for lunch?

Scheduling is the issue 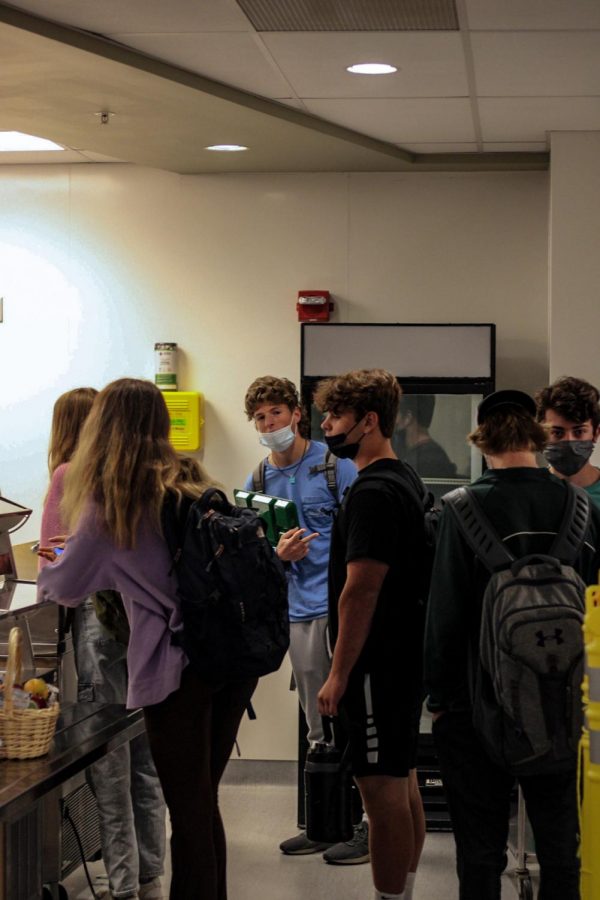 At Sutton High School, a typical school day starts at 7:30 a.m., with an advisory break at 9:22 a.m, to give students an opportunity to work on any upcoming assignments, and a lunch break starting at 10:45 a.m.

By that time, we had three classes in the morning and the remainder of three after lunch. I went around the school and asked a variety of students if lunch should be longer or shorter, their answers may not shock you.

With the anonymous answers I received, students clearly preferred that lunch should start a little later in the day around 11-11:30. What do you think?

Should we keep lunch at the same time or should we change the time later in the day? Instead, we could be at a good time for lunch. Most of the articles I read about the statement said that lunch would start at 9, but that doesn’t mean every kid goes there for lunch.

There are rotations like how Sutton has. “First, to be clear: when a school says its lunch periods start at 9 AM, it’s not saying their entire student body heads down to the cafeteria at 9 AM to eat. During the lunch period, schools rotate classes of students to eat at different periods”, said Sutton High’s principal Ted McCarthy.

I asked Mr. McCarthy about it and he stated that it’s just how the hours were set up and did take a poll on it years ago and the kids said that they like their lunch hours, but he also did say we could retake the survey and see what they think now. Would you be interested in changing our lunch hours for good?

I appreciate the time Mr. McCarthy gave me as I was able to learn more about why the lunch is as early as it is. I believe it should start later in the day and is a little too early.