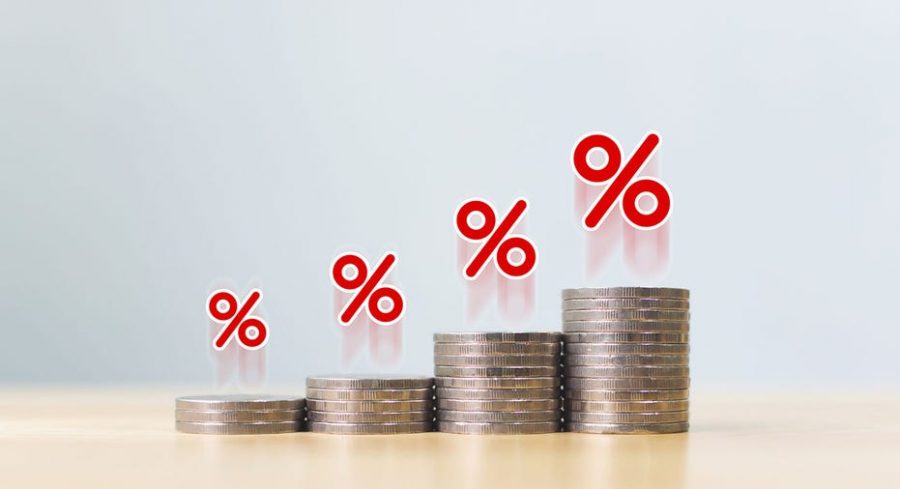 Between gas prices and the cost of everyday items, over the past year everyone has noticed the effects of inflation to some degree. It is true, over the past year inflation has gone up a significant amount. The most common way to measure inflation is by using a statistic called CPI. Simply put, CPI is the measure of the difference between costs of products consumed by households in an amount of time. Usually, a good CPI is between two to three percent. In the past year, CPI in America went up by 5.4%.

Although a CPI of 5.4% is already bad some believe the inflation is even worse. Jack Dorsey, the founder of Twitter, recently tweeted some of his thoughts on the inflation rate. Dorsey tweeted in response to another tweet that claimed the CPI was up 5.4%, “Now try measuring using the pre-1980 methodology…”. What Dorsey is referring to is the different process of measuring used pre-1980 that factored in more expensive items such as a car. When using that methodology, the CPI soars up to nearly 15%.

The main driver of CPI tends to be PPI. It is very simple; PPI stands for producer price index. Of course, if it costs more to make a product the producer will have to raise prices. When this happens to many industries and products, CPI will obviously go up. In 2021, many producers are reporting difficulty finding  the raw materials and labor necessary to make the products. This is mainly referred to as the “supply chain issues” which many can blame on Covid and the new increases in demands.

One of the biggest causes of the new increasing demands is the pandemic. In 2020, the economy of course went into a recession due to the shutdowns caused by Covid-19. Now that the economy is back to normal and life is for the most part similar to pre pandemic. With normal life back, the demand for consumer goods such as cars has skyrocketed. While there are a couple factors contributing to the car shortage, the biggest factor is the computer chip shortage. Cars, just like phones and computers, need computer chips to operate. When the pandemic first hit many large car manufacturers greatly reduced their orders for the computer chips because they expected car sales to nosedive. This did not end up happening due to many car dealers making offers such as 0% financing and online buying cars. Now, companies such as GM have tens of thousands of completed cars and trucks waiting for computer chips.

How does this affect the inflation and increase prices of cars? Due to the high demand and low supply of cars, people are willing to pay more.

Although there are many different opinions on what is causing the sudden increase in inflation, most can agree on one: Money printing. In order to bring back the economy from the impacts of covid, the federal government made “Stimulus Checks”. The idea behind this is that American taxpayers would receive money to spend in the economy, further recovering. These stimulus checks of course cost the federal government a lot of money.  In January 2020 the US treasury had about 4 trillion dollars. In January 2021, that number went up to nearly 7 trillion dollars. This means that about 40% of all money in circulation was printed in twelve months. Where did the money come from? The federal government printing.

This is clearly not a good thing. When you think about it, all the federal government is effectively doing is devaluing your dollar. If the federal government prints more money and continues to give it out for free to “stimulate” the economy, they are just decreasing the rarity. If something is in abundant supply, it becomes less rare and therefore less valuable.

Some very well respected economists are predicting that inflation could lead to a stock market crash. Jeremy Wharton, who served as the head of economics training at J.P. Morgan and has the Wharton School of economics at University of Pennsylvania, believes the crash will come somewhat soon. “If the Fed suddenly gets tougher, I’m not sure that the market is going to be ready for a U-turn that [chair] Jerome Powell may take if we have one more bad inflation report.” Jeremy believes that the market may crash and decrease by about 10% around December 15, which is just past the next inflation report. This is obviously bad for the short term, but Jeremy’s pessimistic predictions do not end there. He also believes that prices will go up by 20-25% over the next several years.

While all of this may be alarming, there are many alternatives to invest your money in to better combat the effects of inflation. One of these is gold. Gold is a great option because over thousands of years with all the failed currencies, gold has held its value throughout it all. Another excellent option could be real estate because as inflation rises, so does the prices of houses. These are just a couple options for investments if you are concerned about the rising inflation.