Should College tuition be free? 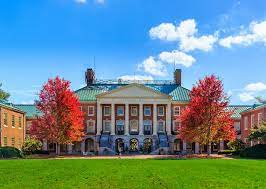 Should college tuition for community and state colleges be free? In the multiple articles I’ve read about this, it is a difficult question to answer. I feel like it would be a 50-50 if a poll were taken among different types of ages. You probably wouldn’t get your answer.

You would most likely get a biased answer from someone that is older because they had to pay for their tuition, or if you asked someone younger they would say that tuition should be free.

I think college should cost based on your family’s financial status and what your parents make. For example, if both my parents are surgeons my college would cost $50,000 a year (depending on the college) but with someone who only has one parent and works in retail or fast food, their tuition would cost $8,000-10,000.

For example, on EdSource the author of the article says that in order to build our economy that can offer people equality from different financial situations, college tuition should be a priority in 2021. Obviously, that’s not the case, which is fine because people clearly want free tuition because you save money, But I also think if college was free it would ruin our economy as well, so it’s kind of like a double-sided knife, both sides come with consequences.

Now I’m not saying we shouldn’t do this. It would be nice. I would believe that many would want college to be free. But it is hard to just switch everything and have colleges making their money from the students, to lose that constant income which can tax the school system.

But a worry that comes with it is if community college is free, would it or would it not hurt attendance at state colleges? This would make state colleges more frowned upon and they would perhaps have to change their tuition. But if these colleges make tuition cheaper, who’s going to pay the professors? Who is going to keep up with building maintenance? There’s so many factors that come into play if they lower the cost. This can be fatal to these colleges.

Also, more people are going to community colleges for two years then transferring over to a state college to save money. So that means a lot of state colleges are missing out on enrollment for the first two years. This is important for the funds of these colleges because half of their profit is missed because of too high tuition costs.

But it makes much more sense to go to a community college for two years than to transfer over. Here are some reasons why it is a smarter choice: You save money, and you basically can get into any school after getting your associate’s degree. It’s also a good way to determine if college is for you.

There is reason to believe that college enrollment is going to drop because of tuition costs which might change or might not in the future. It makes sense for people not to enroll just based on research and cost, as the average credit costs $411 in total. That’s if you have international tuition and not an in-state one. The in-state one costs $205 per credit. That is a ton of money to risk just in case you are not dedicated enough to stay in college.

College can also be a mentally draining place if you are not 100% sure about being in school. But I don’t want to make college seem all bad. It does have some great benefits and can be very fun. There’s tons of people willing to help you to keep you on the right track.

People must be in question to understand how to feel if they want to enroll in college or not because of what they want to do for their occupation, like someone who is following into nursing, and is in school for it. In order to pass with a nurses degree you need to have 80% and above to completely pass and to become a certified nurse. That can become an issue and cause people to have doubts and be fearful of enrolling and wasting their money if they fail,

Some people also don’t want to enroll because of the COVID changes, and even though way more students are in school now some professors still use Zoom for some lessons which do not work for everyone. But all this information depends on what type of person you are, and how you can learn to do your best work.

I highly recommend to go to community colleges for two years before going to state colleges. That plan is a highly beneficial to everyone.