Restrictions are needed to help us 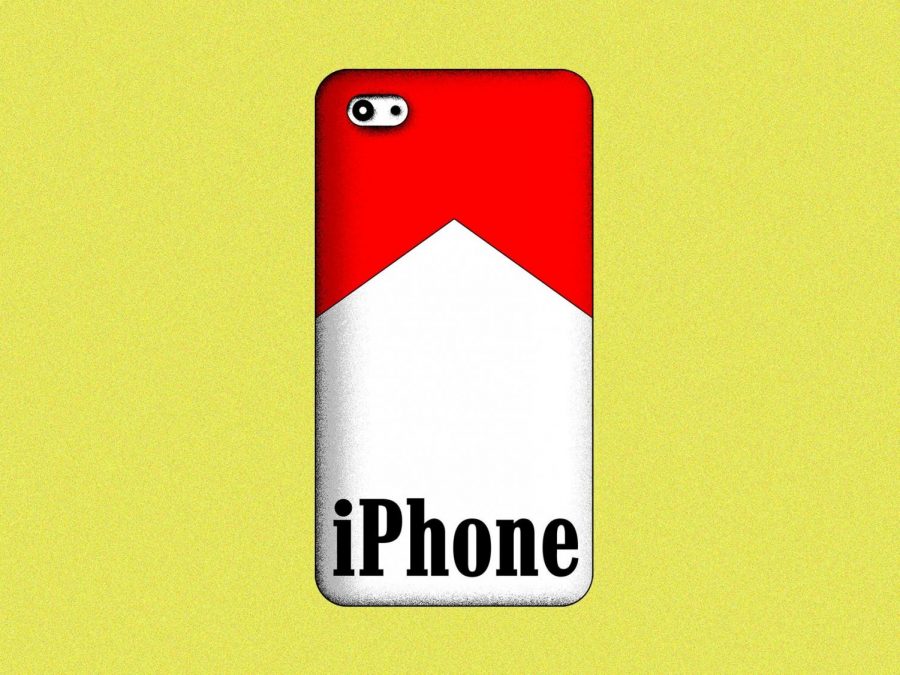 Addiction is a severe problem in any individual’s life. We, as humans, have a constant struggle with these addictions, which often interfere with our physical and mental health. The most common addiction nowadays is the small rectangular gadgets, that we carry in our pockets, called smartphones.

According to AddictionCenter.com, “Phone addiction is the obsessive use of a smartphone. The behavioral addiction is often dubbed as ‘nomophobia,’ or the fear of being without a mobile device.” We can see this kind of behavior on school grounds. Most students bring their phones to school and often use their devices during class or other activities in the school.

Cigarettes are not very different from phones when it comes to their addictive performance. An article by Mayo Clinic states: “Nicotine dependence occurs when you need nicotine and can’t stop using it. Nicotine is the chemical in tobacco that makes it hard to quit. Nicotine produces pleasing effects in your brain, but these effects are temporary. So you reach for another cigarette.” Phones are designed to be addictive and to keep their users engaged with their devices.

However, there are certain criteria to label phone addiction, and certain symptoms are used to identify if you are addicted or not. These symptoms are excessive use of the phone, failed persistent attempts to use it less, interference with social and professional life, etc. It is most likely that you have pictured yourself in one of these categories, and/or pictured friends who have these symptoms of addiction.

Of course, a phone is not all bad and malicious; it is a very useful tool that gives you access to instant communication and instant information. However, there are two sides to the coin; one of them is shiny and polished, and the other is all roughed up, scratched, and is barely possible to differentiate from a soda cap.

My answer is yes. I believe that smartphones should have age restrictions such as cigarettes, however not as severe. I remember getting my first phone at the age of ten; all my friends had gotten phones a couple of years before me, and I recall being in complete joy to have an opportunity to be in group chats with my friends.

Yet, I still think it was too early. As a kid I became so obsessed with my phone that I watched five hours of YouTube videos in one sitting, causing my mom to take my phone for a couple of days.

Nowadays there are functions on the phones for parents to control the time their kids spend on their phones. This does not do much. My five-year-old cousin has a little iPod he always uses, and whenever his phone time runs out, he just uses his grandma’s or his mom’s phone.

I believe that smartphones – and other devices such as iPads – should be banned for children under the age of 13. The reason is that boys and girls younger than 13 do not have the maturity to use these devices, and they can also possibly bring concerning health issues.

“However, society must not repeat the situation we had with the relationship between smoking and lung cancer where we…waited until every ‘i’ was dotted and ‘t’s crossed before warnings were issued,” says David Carpenter, director of the Institute of Health and Environment at the University of Albany, in testimony before a subcommittee of the US House of Representatives Committee on Oversight and Reform.

For now, smartphones do not have any restrictions and are accessible to anyone, and maybe this is why we are facing problems such as lower attention spans, average screen time on phones up to five hours, social media addiction, mental health problems such as anxiety and depression, constant car accidents and more.

These are serious problems we face, that of course cannot be dealt with unless we ban all smartphones, which would be impossible mind you, and I am completely against that idea.

What we have is a nationwide problem of addiction that the most intelligent way to deal with would be by educating our society against these problems. It is truly the only way to deal with these addictions and decrease them as much as possible.

CNN’s Andre Spicer says: “While smartphone use is not obviously destroying our physical health, it has become a time-consuming habit, and one that carries a potential threat to mental health. These mental health risks have become so apparent, in fact, that some of Apple’s shareholders have urged the tech giant to issue a health warning for their devices and change their systems to allow parents greater control of their children’s usage.”

I disagree with the sentiment that cell phones do not impact physical health. Though not directly, obsessive cell phone usage consumes an absurd amount of time, often getting in the way of physical activity.

Mental health is currently the greatest concern regarding cell phone addiction and we see it affecting teenagers in multiple cases, such as bringing problems of anxiety and depression for certain topics such as self-esteem.

Recently we had problems in school regarding offensive social media posts on Instagram. Of course, these problems are not identical to the health issues brought by cigarette smoking; however, we can still draw a parallel between both cases, and I believe that cigarettes and cell phones have similar addiction effects on people and can be equally harmful.

Without a shadow of a doubt, both cell phones and cigarettes are harmful things that are used excessively by humans. Both have an addiction factor and a threat-to-harm factor as well. Though we cannot restrict the people’s freedom of choice as to use or not either of them, we can and must certainly educate ourselves in regards to them.