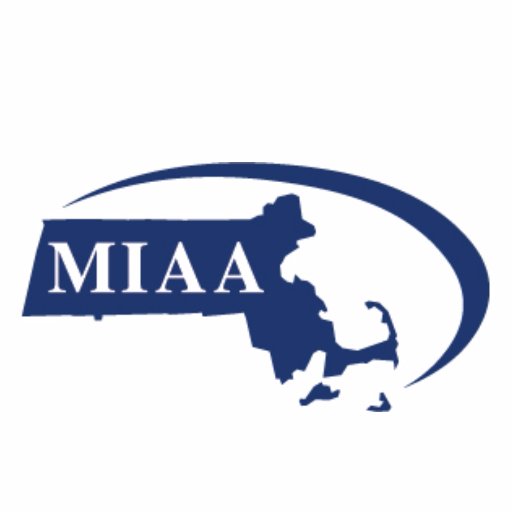 First of all, who are the MIAA? You may think the Massachusetts Interscholastic Athletic Association is a state funded organization that uses tax dollars to fund high school sports. This could not be further from reality. The MIAA is a private, non profit organization with zero full time employees. Each school that wishes to be included in the MIAA simply has to volunteer there school and meet all requirements. This means that the responsibility of following and abiding by the MIAA rules and regulations is solely dependent on member schools of the MIAA.

One accomplishment the MIAA is very proud of is the fact that student athletes tend to have higher GPAs, lower dropout rates, and higher attendance rates than non-athletes.

After 40 years of the same system, the MIAA looked to make a change. The new MIAA High School playoff format is very difficult to understand compared to the previous format. This new format is going to take some getting used to for many of the sports, but we hope to see each team adapt during each season.

Member schools of the MIAA voted at an assembly on whether or not to change the playoff format from regional tournaments to a statewide tournament.

Recently, the MIAA Playoff format has changed. Over the years, the MIAA has followed the simple format of the best teams advance based on your record. Sutton High School has been a talented town with teams such as the boys and girls soccer teams being consistently a top team in the division. Just a couple weeks ago, the girls varsity soccer team won the state title and the boys varsity soccer team made it to the state semi-finals.

But as a smaller town with less students in the high school, sometimes formatting and bracketing of playoff tournaments seemed unfair or difficult to small schools such as Sutton. 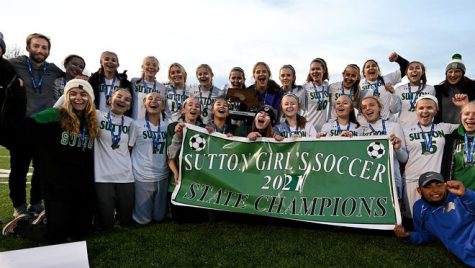 The goal of the new MIAA playoff system is to make the formatting more fair. Before the change, the state was divided into four districts- North, South, Central, and West. The MIAA has been working on a solution to make the system more effective overall.

In 2016 the MIAA decided to have its Tournament Management Committee create a more equitable system. The solution is now in its first year. This format tries to help smaller schools and make the path to a championship as equal as possible.

The Tournament Management Committee’s solution to the unfair system was to make multiple additional divisions in an attempt to better match up the same sized schools. If this is true, this would certainly be a positive change for Sutton Athletics because we have a total enrollment of about 380 students. Considering the average number of students in a Massachusetts High School is 874, logically this would benefit smaller schools such as Sutton.

This is not the only benefit of the new system. The MIAA also lists some other benefits being a more equal path to the championship, one seeding/qualifying method for a team, and allows teams from the same area to compete in the championship.

Tara Bennett, one of the members of the committee was kind enough to answer a few questions about the new adjustments the MIAA has done recently. If you are interested in learning more about the MIAA and what changes they have made you can contact her by email: [email protected]

The first question we asked Tara Bennett was: How did the MIAA decide they wanted to create a new playoff format?

“The MIAA is made up of Member Schools Principals/Athletic Directors/ Superintendents. About 4-5 years ago, members began discussing the desire to transition to a statewide tournament.

Next up, we asked Do you think this format benefits smaller schools?

“The MIAA consists of Member Principals/Athletic Directors/Superintendents – not me, I support the member schools and do not have a vote in the decision making. This means schools that have a smaller enrollment will play against schools with smaller enrollments.”

The final question we asked Tara Bennett was: How long has this format been in the making?

“As stated, the conversation started 4-5 years ago and the development of the tournament was about 2 years with implementation taking place in fall 2021. The vote for the statewide tournament took place in February 2020.”

This group has done a great job improving our system as they have worked tirelessly to make adjustments to better the athletic programs. Although the new system may seem confusing at first, the MIAA does a great job teaching us about this new system. If you are ever unsure about something you can always contact them. Each year the MIAA has annual meetings to try and make a difference that is helpful for the school athletic programs.

The new system is complicated, but we will try to summarize the best we can. It was approved on February 28, 2020 with the final vote being 193-140. Like we listed before, the state is divided into four divisions: North, South, Central and West. The top 32 teams in each division qualify, and then seeded using the power ranking system. Once the top 32 teams are seeded, the rest of the division with a 50% or better record will be seeded at the bottom of each bracket.

For all playoff games round 1, 2, and 3 (when there are 32, 16, and 8 teams in the tournament) the games will be played at the home field of the team with the higher seed. If the home team site is not acceptable, the home school athletic director will find an acceptable site to play at. If that does not work, the lower seeded team will then host the game. If neither team is able to find a location to play at, the Tournament Director will have the game at an acceptable site within MIAA site policy.

The Statewide Tournament site determination is based on a few certain things. Home field venues must have acceptable lights for night games, condition of playing surface, crowd control, seating capacity, ticket sale control, and locker rooms. These are the main components when determining if a home field meets the standards. Each field needs to be in the right condition for the tournament in order to have true home games. If these conditions are met, the team with the higher ranking compared to their opponent will receive the home field advantage.

The bracketing is formed based on multiple factors, not simply who has the most wins. One of the biggest additional factors is the MOV (margin of victory). The MOV is the difference between the number of points scored by the winning team and the losing team. The margin of victory has a different limit in each sport. For example, you could still get rewarded for winning by 14 in football, but the limit for the MOV benefit in soccer could only be 3 goals.

Another major factor in the power ranking system is the SOS (strength of schedule). This is defined as the rank of the average opponents rating relative to other teams. Factors such as these determine a teams ranking in the playoffs bracketing.

COVID has influenced this playoff format in a major way. If a team is in COVID protocol and prevents a regular season game to be rescheduled and cannot be played, the game will count as a no-contest. This means that no points will be awarded for power rating. If there is a team that is not able to reach the 50% qualifying factor because of scheduled games not being played due to COVID. The team is eligible to apply for a waiver to the seeding committee to see if they are able to advance.

This Statewide Tournament has many benefits for both the schools as well as the players. For example, the first benefit is that gender equity issues are addressed. Also, the path to a championship is equal as schools play similar sized schools as the same format is used across the state. This Statewide Tournament is able to bring the state together as Athletic Directors are able to meet other Athletic Directors across the state.

Another benefit is that student-athletes compete against student-athletes they know from other MIAA educational programs. Overall, this new tournament is able to produce many benefits for the athletes as well as the High School.

While looking into the formatting of the playoffs in the MIAA, we figured we would look into surrounding states. The closest state, (Rhode Island), has a system very similar to ours. The Rhode Island Interscholastic Association is a voluntary organization of principals who pledge that their schools will follow the rules and regulations of the RIIA. This is very similar to the MIAA as the MIAA is a non-profit volunteer group where membership must be approved by the board of directors. Much like the MIAA playoff formatting, the RIIA has multiple divisions based on school size.

Not only did we look at how the State of Rhode Island and how they format their playoffs, but we also took a look at Connecticut. The CIAC provides leadership and support for member schools. This group is made up of dedicated school administrators, athletic directors, coaches and consultants through voluntary services.

Their playoff format is very similar to ours as they have the same type of set up. For example, they have a first and second round which leads into quarterfinals, then semi finals, and then ends up being the finals. However, there is one difference between the MIAA and CIAC, the CIAC has a “playdown” which essentially is another added playoff game before the first round.

Both of these states have similarities to the MIAA as they are both non profit organizations and they want to keep evolving high school athletics. However, there are some slight differences as far as the playoff formatting goes. Although the format may start out differently they all end up getting to a quarterfinals round, then a semi finals round, and finally the Finals which ends up being the championship.

Both of us play baseball in the spring, and spring sports of 2021 were the first time the new playoff system was tested and integrated into the MIAA. We both agree that the system made our playoff games seem more evenly matched, and both Central Massachusetts and state wide tournaments created very competitive playoff games. While we unfortunately lost our first game in the central Massachusetts tournament to Bromfield it was very nice to have another statewide tournament to look forward to competing in.

The only possible downside to the new statewide tournament that we think of is the possibility of being matched to compete with a team an hour (plus) away. During the fall season, Sutton had a very talented and successful field hockey team. During the state tournament, Sutton field hockey was matched up against Ipswich in the state tournament. Unfortunately for Sutton, Ipswich is an hour and twenty minutes away from Sutton so most students did not travel to watch.

This new playoff system seems very difficult to understand at first, but overall it is very useful. The MIAA has worked very hard on trying to make an effective format which will be useful for all schools in the playoffs.

We would like to thank Tara Bennett for her time as she was willing to answer any questions we had. Tara Bennett was very helpful as she wants everyone to feel comfortable with this new playoff system and if anyone has any questions she is very willing to answer them. We now look forward to seeing the progress made with this new format underway in the future.