As the market grows, so does the process of making them 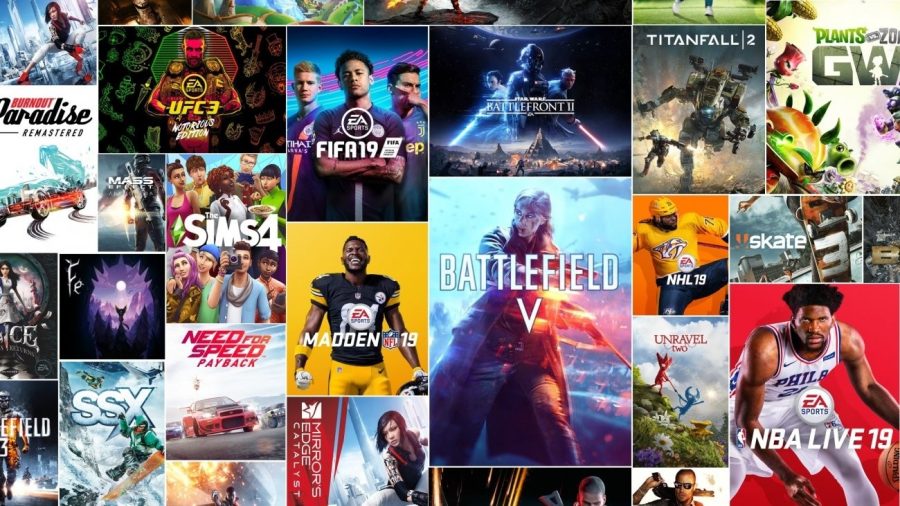 In the past 30 years, video games have slowly become one of the biggest portions of the entertainment industry. With such a wide variety of games made by all sorts of people, the fact you can play it whenever, and as many times as you want, makes video games highly flexible.

Video games first started as small passion projects and arcade games. Now some games have developed into fully fledged “triple A” (AAA) games developed by highly popular and successful companies like Microsoft, Nintendo and the likes. However, in an effort to make profits, many of the large companies that create these games have resorted to certain business practices.

Games are rushed and franchises are being overused

The more games a company can push out in quicker succession, means the more opportunities they have to make money. If they make a game every year, they have a new cow to milk for money, rather than relying on older games that may have possibly lost their steam or fell off. We can see this is prevalent in many popular video game series like Call of Duty, Madden, Fifa, or even Pokemon. With the limitation of time, game development is rushed and the games do not get enough time to be polished, play-tested, and perfected. This could also mean worse design choices in the effort to save resources, resulting in a less enjoyable game. With game franchises being overused, each new installment can begin to feel somewhat the same as last years, with minimal changes, however this is not always the case.

But some companies take it a step further, and just re-release the same game multiple times. Elder Scrolls 5: Skyrim is notorious for this practice. It has released a total of 9 times. They are, at their core, the same game with each release, but with maybe better graphics at best. Each new platform, a new chance to make more money.

Over reliance on “micro-transactions” and cosmetics

The primary way companies make their money back when developing video games is by selling the game at a flat price, and then the player gets full ownership of the title. However, this is not enough for some companies (whether they don’t make enough from initial sales or they are just greedy).

Some companies choose to put in micro-transactions into their game, AKA small purchases to generate more revenue. These small purchases often are quantities of in-game currencies that you can spend on cosmetics or other items.

Another type of micro-transaction would be “loot boxes.” Loot boxes are mystery awards for opening a type of container. An example of this is Overwatch, where you can open small containers that have rewards like spray paints, character outfits, emotes, and more. These rewards are all random and purely based on odds. Certain loot boxes can contain “rarer” loot, but often cost more than the others. Many players will want the rarest or coolest loot, but because there is often no one singular way to obtain it easily, players will spend excessive amounts of money just to get the one specific item they want.

These micro-transactions were first getting popular in the mid-2010s, and have since expanded to most mainstream AAA games. But why are they a bad thing? Because spending money can sometimes give players an unfair advantage, or draw attention away from working on the core content and quality of the game. The more effort put into making cosmetics, new abilities, or characters means more time away from making the game better.

When a new video game trailer is released, hype begins. If the game looks new, interesting, or something that has potential, people will begin to talk about it. Or maybe it’s another installment of a series of games that people like. Whatever it may be, people tend to get excited about a new game. This on its own is perfectly fine, but the point in which it becomes harmful to the game, or even developers, is not soon after.

Game developers can over promise content or features in their games. Over promising can be detrimental to the game and its reception from the community when finally released. A great example of this is No Man’s Sky, a game about exploring a near infinite universe with randomly generated planets. No Man’s Sky is by far one of the most over hyped games in the last decade. Part of this is because of all that they promised, but on release day, a considerable amount of these features were not implemented. Some of these features include: planetary physics, ship classes, desert planets, large fleets, rivers, and most importantly, multiplayer status (VG247). I could go on all day about all the features that were not included in the final product, and to say the least, the players were not happy. They received an unfinished product. Part of why lots of mainstream games are not getting finished is because of these deadlines put on by publishers and companies.

Game developers will often have a set date for release put into the trailer or social media post. This gets people ready for that one exact date to purchase the game. But when this date is delayed due to development not going to plan, people get upset. And sometimes, very upset, especially when delays happen multiple times. A good example of this is highly anticipated Cyberpunk 2077, a looter shooter game set into a dystopian future with sandbox-like features similar to GTA 5. It was delayed a total of 3 times.

But players’ expectations of the game were so high that “Employees at CD Projekt Red, the Polish studio behind the game, have reportedly been required to work long hours, including six-day weeks, for more than a year” (Polygon). Just to meet the deadline and demands from the players (and themselves), they had to overwork for extended periods of time just to get the game finished. It’s not just companies greed or developers making games worse, sometimes it can actually be the players.

Not all of these practices or decisions are made by AAA games/companies. Indie developers can often make some of these same mistakes. However, the appearance of these mistakes are far more common in mainstream games.

In my opinion, the idea of video games has shifted from making something that is genuinely enjoyable and fun, to something that will make the most profits. And I understand that making games like GTA, COD, or Skyrim is not easy or cheap, but the exclusion of these common practices could make the games that we, the consumers enjoy, so much better.